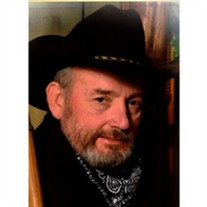 William "Clarence" Burke, 68, of Bessemer, AL passed away on Wednesday, August 15, 2018. Clarence retired from AT&T in 2003. He was a member of Oasis of Praise; former longtime member of the Pelham Church of God and Kingwood Assembly of God.... View Obituary & Service Information

The family of William "Clarence" Burke created this Life Tributes page to make it easy to share your memories.

William &quot;Clarence&quot; Burke, 68, of Bessemer, AL passed away on...

Send flowers to the Burke family.